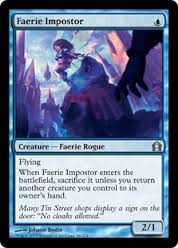 I’ll spare you the gory details of a TL;DR article about a card game tournament involving rows and rows of easily-triggered autistic adults casting spells and summoning warlocks, hoping against all conceivable hope that one of them–just one–will take away their crippling Asperger’s. And that’s coming from someone who likes Magic: The Gathering. Imagine if I thought it was gay.

The Reddit community (god help us) is going cuckoo for Cocoa Puffs right now because some arbitrary Cocoa Puff went and got himself (or herself, choose your own transventure) triggered at a Magic: The Gathering…gathering. The gendering happened at SCG: Syracuse where a WotC competition was being held. Bear with me, I’m trying to define all of these terms as well as bury the lead for as long as possible. It’s hard work.

Also, let’s clearly and abruptly state for the record that nobody should be causing any harm to anyone regardless of race, sexuality or gender preference. Transgender people deserve every right and opportunity that we all share. But everyone is up for criticism and scrutiny. Let it be known that I would never criticize any unique and delicate snowflake for daring to be different–but when you’re a cunt, you get the stick. Moving on…

One individual who calls itself Amanda Stevens was playing a EDH-style game of Magic: The Gathering (you don’t care what that is, but I’ll tell you it stands for “Elder Dragon Highlander” because it’s fucking goof-balls) when another individual called Ali Aintrazi approached.

Aintrazi believed (correctly) that he was talking to a man who was dressed like a lunatic (which he was) when he spouted out something to the tune of “can I cop a feel?”

Regardless if you feel this is an inappropriate comment to make to anyone, Aintrazi apologized several times, and Amanda Stevens acknowledged repeatedly that the comment was not intended to be sexual harassment aimed at a woman but a tongue-in-cheek jab at a fellow man. But that wasn’t enough for our little Khaleesi, Queer of Dragons. No, sir!

“She” had to take it to an unprecedented level, wrongly thinking that anyone—anyone–gives a fuck about a Magic: The Gathering dork being “teased.” Belittling anyone who dare say “she” was in the wrong. People can be bigoted and hurtful and have their own opinions about whatever the fuck it is you think you’re doing, but changing your pronouns doesn’t mean you’re now certified in womanhood. It doesn’t give you a right or ability to see the world through the lens of a woman any more than it gives you the second-sight of whatever mythical creature you decide to be tomorrow. And that’s not an opinion.

These are adults, in case that wasn’t 100% obvious from the get-go.

After sitting through this goblin spinning its yarn on Medium.com of all places, I was interested in learning more, so I Googled Amanda Stevens only to find a woman who has published over 50 novels. A woman, who looks like this: 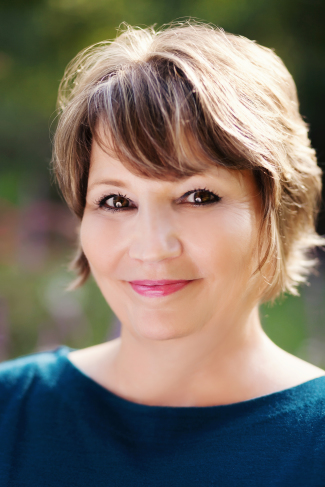 And that’s because one is an accomplished female author, and the other is a chubby underground-dwelling nerd with body dysmorphic disorder. Yes, I am name-calling and I am shaming. Because if this bogus troll is allowed to publicly shame other individuals for less, it’s time they became fair game as well.

It’s not that this type of nonsense is uncommon, either. People like this Amanda Stevens character consistently give an awful impression to the LGBT community with their constant self-righteous attitude about the way every other human being behaves around them. This is a test, asshole. This is your opportunity to be a person. Your lack of personal identity doesn’t make you a threat to others and doesn’t make them “phobic” of you, but your obtuse personality does.

You’re a fat guy in a dress who got teased, and subsequently apologized too, consider yourself the luckiest of ducks. It’s called equality, and once you can accept that you’re weird and different, and that not everyone is going to “get you” you’ll finally discover what it means to be an adult living outside the realm of fantasy.