There’s been a lot of speculation about the hit Netflix series Stranger Things, due to its supernatural elements and all of the undisclosed “secrets” of the Upside-Down, the Monster, and Jane “Eleven” Ives. But there’s one thing we know for absolute certain. The two-headed embodiment of satanic deception, the Demogorgon, is you.

If you haven’t watched Stranger Things yet, I feel sorry for you, but I won’t spoil anything. The basic premise of the show is that a group of misfit Dungeons & Dragons-playing kids stumble upon a dark secret in 1980’s Indiana: a monster from another dimension. When one of their friends goes missing, they enlist the help of a mysterious girl with psychokinetic powers to help find him again. 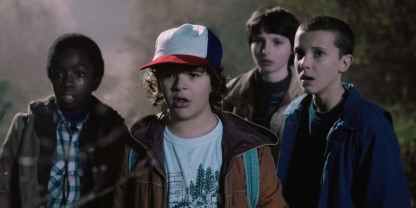 Stranger Things quickly became the third highest rated original series on Netflix, behind Fuller House and Orange is the New Black. But I’d have to think a majority of those viewers were attracted simply by word-of-mouth, which makes it that much more impressive.

Yes, fans of the show are a vocal bunch. So vocal, at times, that it begins to corrode the pure unadulterated enjoyment of the series–which is admittedly fantastic.

And thus, we return to our original premise; and explain how you are the monster. Well, not you, personally, dear reader, but presumably someone you know. Someone with an ego large enough to compensate the idea that all media was made with his tastes in mind, and all media must fit his cultural narrative. The “you” in this context, the target audience of the show–people between the ages of 18 and 40–are the millennial babies who will either find something “problematic” with every form of art and media…or praise a work of art for reasons so disconnected from the intended message that it’s embarrassing to communicate with you on a human level.

We’ll take one such case study of Stranger Things from pseudo-journalist Daniel Reynolds of ADVOCATE.com, which I can only assume is a site where writers advocate other writers to spew out targeted pearl-clutching or virtue-signaling drivel about the LGBT community, who they claim to represent.

Reynolds asserts–not hypothesizes–that every protagonist in the series is inherently queer because they’re all outsiders in some way. Ranging from the not-so-subtle bullying of characters and calling them “queer”…to the Guinness Record holding reach of saying the fat kid represents GAYS because he has a lisp. Not only is this a psychotic thing to insinuate, but it’s also pretty offensive to gay people who don’t feel the need to speak and act like Puerto Rican hairdressers. 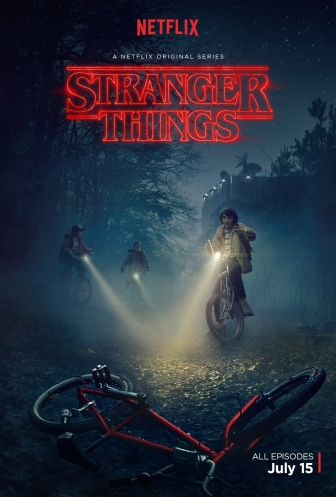 Here’s how we know Reynolds has no legs to stand on: this is a sci-fi show about middle-American kids in the 80’s. Kids are called “gay” and “faggot” and “fairy” all the time for reasons that range from liking girly things, to being artistic, to not liking sports, to simply being quiet. Kids are cruel; but if the bullied youngsters were really standing up for the homosexual community in this series, when their missing friend is called a “gay fairy” you’d think they’d go “so what?” and shrug it off. Instead they get mad and fight back. Because it’s taken as an insult. These are children in a sci-fi/fantasy show. They have monsters to fight, they don’t have time for your worthless agenda.

Reynolds makes it very clear in his article that he believes Eleven is queer, all the kids are queer, the photographer kid who gets his camera broken is a big queer, and everyone in the tiny town of Bumblefuck, Indiana are probably queer, too. Not only does this represent such a skewed view of reality, but it’s a way of seeing the world that borderlines on psychosis. It makes me truly wonder if he’s actually getting his opinions from the next door neighbor’s talking dog.

He even says that the unsung hero, Barb–false, stop saying Barb is awesome. She stinks–gets dragged into the Upside-Down as a metaphor for her being trapped in the closet…like R. Kelly? He wraps the entire article up with a little jab, saying that if you want to see the reality of this perceived homophobia, watch the Republican debate. This article was written in July, so I can only assume he was talking about the Republican National Convention, in which both politicians and audiences cheered for the success and safety of the LGBT community…so I have no idea what the fuck he’s referencing. 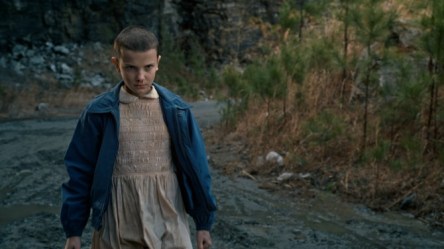 This is also coming from the same person who wrote an article on actor Matt Bomer, a gay man who is playing a transgender woman in an upcoming film, a gay man who played a straight man on American Horror Story, a gay man who said that sexuality of the actor shouldn’t matter to a role. This writer called Matt Bomer out for doing “transface.” Whatever the fuck that means! Clear lunatic.

The fact that Stranger Things has done so well in a world we’re constantly told is homophobic, racist and misogynistic speaks volumes against the validity of those claims. When America can sit down, regardless of beliefs or politics, and enjoy a show about a diverse group of geeky friends getting saved by a female hero who kicks the asses of both bullies and monsters, we know we’re in pretty good shape.

But there is a two-faced hell-beast out there ruining the fun for everyone, putting on the disguise of a fanboy while actively trying to divide, destroy and conquer. There is a Demogorgon. And it’s you.

Snitching is the new normal. #Coronavirus #Karen #Propaganda
When do we dissolve the Senate? #Wuhan #Coronavirus #COVID19
Coronavirus Q & A #endofdays #shelterinplace #remainindoors
The real victims of this crisis need our help. #coronavirus #covid19 #coronanazis #stayathome