We’ve all heard about the massive outbreak of hate crimes after, and surrounding, the election of Donald Trump. We’ve heard about them…but have we seen them? Supposedly these white anti-gay, anti-Muslim, anti-black homophobic, Islamophobic, racist bigots are floating to the surface. But where are they? Have we seen examples flooding the mainstream media…the social media? Have we seen one? 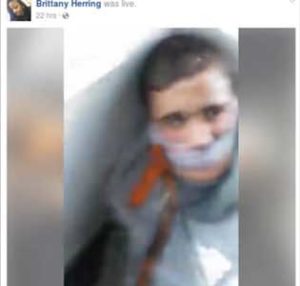 Meanwhile, we’re hearing about brazen KKK marches that never happened; Muslim women who were never attacked; gay men who were never beaten; and a myriad of other hoaxes, lies, fabrications that both the mainstream media and social media are happy to foam at the mouth over, and quietly distance themselves from when they are discovered to be egregiously inaccurate.

Swastikas and hateful messages were scrawled on parks, public property and private businesses; historic black churches set on fire…in the name of Trump and White Power, or so they would seem; until it is found out that these were corrosive acts by people desperate to make it look like the Deplorables were out in abundance, spreading fear and hate.

But maybe their prophecy of the rise in hate crimes was accurate. We certainly seem to be seeing a lot of anti-white, anti-Trump crimes being committed on a widespread basis. The central message is terror and physical punishment for those whose race or political view is somehow in conflict with the perpetrators. 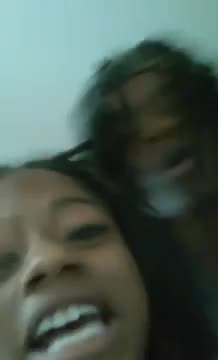 And now we have the story of Brittany Herring, the ring-leader of this under-reported and under-valued kidnapping of a reportedly disabled young white man by four young black men and women in Chicago. The victim was missing for 48 hours; his torture and humiliation being live-streamed via Facebook.

The monsters responsible chanted familiar Black Lives Matter catchphrases like “Fuck White People” and “Fuck Donald Trump” as they forced their victim to crawl around, drink from a toilet, beg for mercy, and endure beatings and partial scalping. All social media has worked tirelessly to remove any footage of these actions from the public narrative, of course.

While I’ve grown skeptical of these types of events, the attacks perpetrated against white supposed Trump supporters or conservatives have been almost metaphysically reliable. And while the term “hate crime” should probably be eliminated from legal processes, it remains a complicated issue and should not be reserved for so-called “protected groups.”

It can’t be understated, even if it is played out ad infinitum ad nauseam, that we would be seeing a very different reaction from the media and general public if the races were reversed; and that’s terrifying. The fact that we can’t universally concern ourselves with violent behavior is truly problematic. That’s not to say white people should be flipping cars or burning Chicago to the ground (which is undoubtedly what would occur if the racial roles were reversed). No one should be causing violence and destruction over a perverse act of violence or destruction. It’s simply counter-intuitive to any cause for justice or peace.

But this is not just troubling as an act of horrifically casual violence from some animals in the already putrid and vile shit-hole of Chicago, IL. It’s a continuation in a series of terrorist acts of intimidation toward an entire group of individuals in this country.

Political threats, ideologically-motivated violence; can we fix this scourge, or even mend the wounds at this point?

Fuck…we’d settle for it being accurately portrayed on the news.

1 thought on “The Red Herring and the Rise of Hate”