There are so many reasons to be a fan of horror movies right now.  Hollywood has already to date released nine films on the big-screen that carry the official genre-filtering title when trying to purchase tickets online.  John Squires of Bloody Disgusting reported back on February 6 that five out of the top 10 highest-grossing films of 2017 at that point carried the horror label.  Currently, eight of the top 30 grossing films at the box office in the first quarter of the year are a certain brand of horror according to Box Office Mojo.

There had to be a reason so many horror films were being released in 2017, in a genre once poo-pooed by the Hollywood elite.  And there are still so many to come!

There is a thought I was not willing to share with my peers until I did a little research on my own, surveying friends and family about their top choices when it comes to what scares them on the screen.  Some respondents were more mainstream bigger-budget horror movie fans, while others were catalog-digging genre diehards that never let a straight-to-video release slip past them.  I personally fall somewhere between the two.

Satisfied with the results from the viewers, I started approaching the actors, directors, producers and writers that bring horror films to life.  Even some critics had their say.  They were promised anonymity on their selections.

I am making the claim that this decade (2010-present) is better than the two decades before it when it comes to the quality of horror films released.

Don’t believe me?  Take a look at the survey questions asked, as well as the results.

Question 1: What is your FAVORITE horror movie released 1990-present?  I was asking what that specific person’s favorite horror movie was, plain and simple.

Question 2: What is THE BEST horror movie released 1990-present?  Digging a bit deeper was the point of this follow-up question; I was seeing if some could distinguish from their personal taste, and possibly name a film of higher quality than what was selected as their favorite.  They could name the same film for “Best” if they preferred. 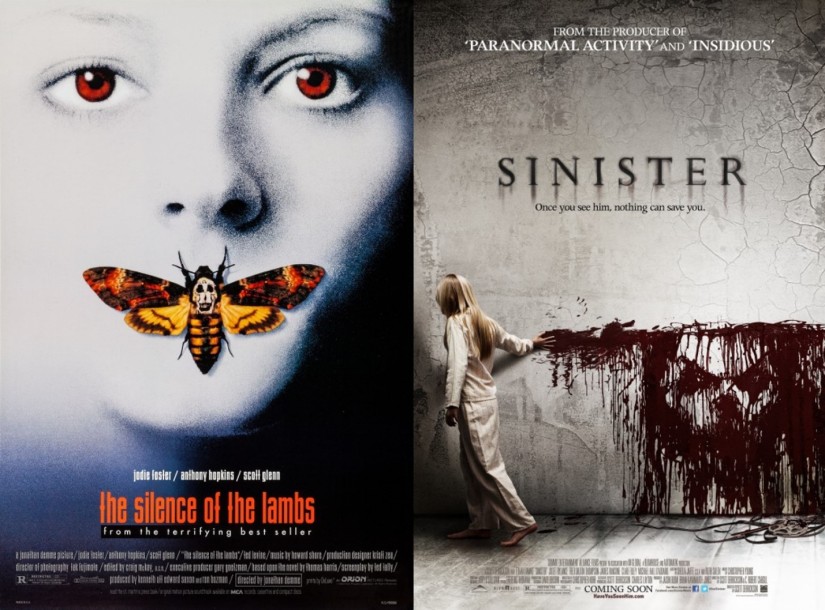 These were difficult questions for the 66 people that answered.  Roughly half of the responses came from the Philadelphia area.  But the other half came from the U.K., Canada, Los Angeles, New York, Jersey, Kentucky, Oklahoma.  You get the idea.  Ages ranged from 16-60.

Make no mistake, I am in love with horror films from the 1990s and the early 2000s.  I grew up on them.  Each decade has something different to offer, and plenty of high-quality scares to go ‘round.  Gen Xers will say you can’t mess with the early 90s and three Academy-Award-winning years at the beginning of the decade.  Gen Y (millennials) might think Rob Zombie and the whole zombie pop-culture is where it’s at.

This five-part article will superficially describe the films named in the survey.  Some descriptions and details will be fuller than others, but that’s only because some films were obviously more significant and impactful for the genre.  Except for the survey answers themselves, the information I am delivering in this piece is from my perspective, and up for debate.  I’m doing this for “the love of the game.”  I highly encourage you to engage in conversation in the comments below!

Let’s go back through nearly three decades of horror, shall we?